I tend to post threads on my experiences through the year and this year daryl planted a bug in my ear for a moving head. Whilst searching on my favourite bargain sites I found a moving head on gumtree with very little information. For a price of $100. I though I would give it a shot after reading the manual for the fixture being more on the side of it being a dud.

We organised a pickup located in Sydney where we discovered that the unit is 45+ kg's and required two people to lift, which it did. Thanks to Ben for the drive out there to pick up this thing.

We discussed with the fellow selling this unit why he was getting rid of it and simply he didn't really know how to use it. Thankfully he had a dmx controller there so we ran it through some tests. During startup and running it appeared to be making some minor noises however nothing to horrible. so we loaded it up and brought it back to be the next addition to Molle Place lights.

Once we unloaded it and turned it on we checked the lamp bulb time and it only had 5 hours of running time. (who knows if someone has just reset it though). During startup sometimes the unit would not pass its test / reset stage and would shut down throwing different errors each time. We then opened the fixture up and found that the focus lens assembly was binding on the circuit board that detected the upper limit during movement. We came to the conclusion that the unit had been previously refurbished and a bulb had exploded in this fixture as the outer housing had some burn markings where the hot bulb touched during detonation. A previous owner had then replaced pretty much the entire inside as the color wheels looked pretty new. We removed a brass stand off obstructing the focus lens getting into its end position where the haul effect sensor could read the location of the focus lens and it went straight into action.

We ran it through some full tests for multiple hours with no issue at all.

Then it was time for the real test. To take it out side and see what the beam was like at night. It did not disappoint 1200watts of awesome. 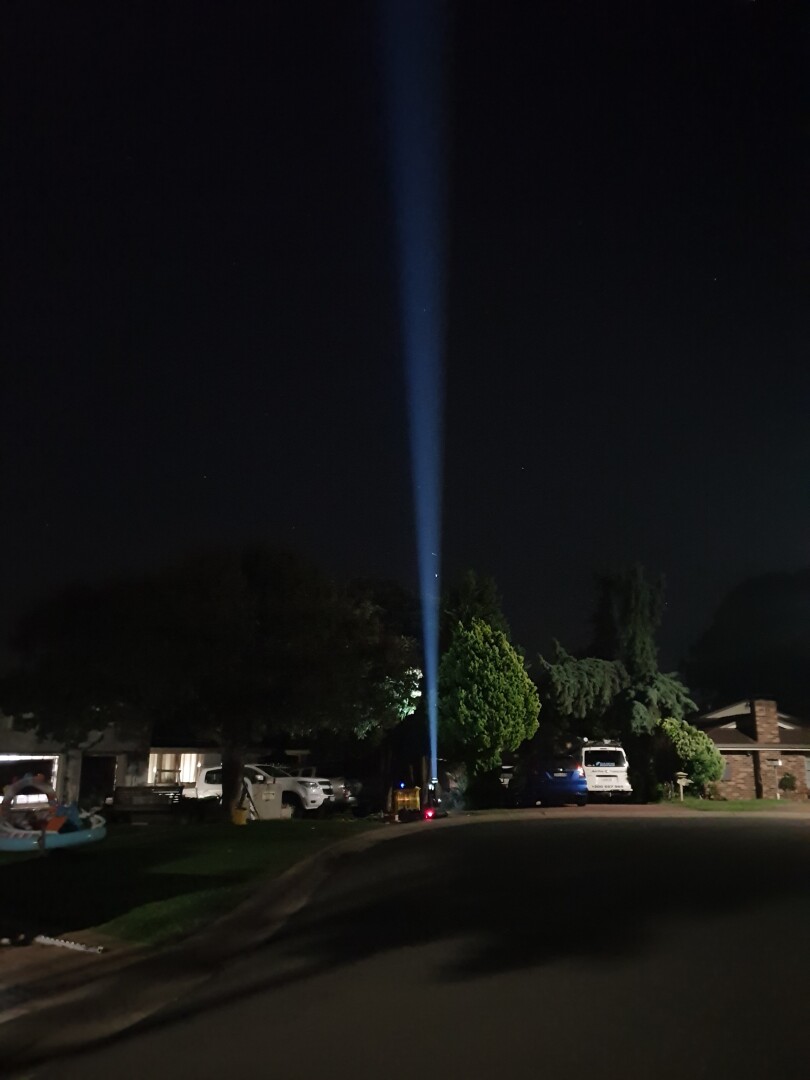 It then immediately got sequenced into the show to mainly be featured in my Star wars sequences as a light saber. We placed this fixtured on scaffolding behind a fence as this would most definitely harm your eye sight at close range (you could see your bones through your skin when a hand is placed over the beam). Being careful prior to sequencing to get DMX values to ensure there is no chance of pointing it at the crowed. 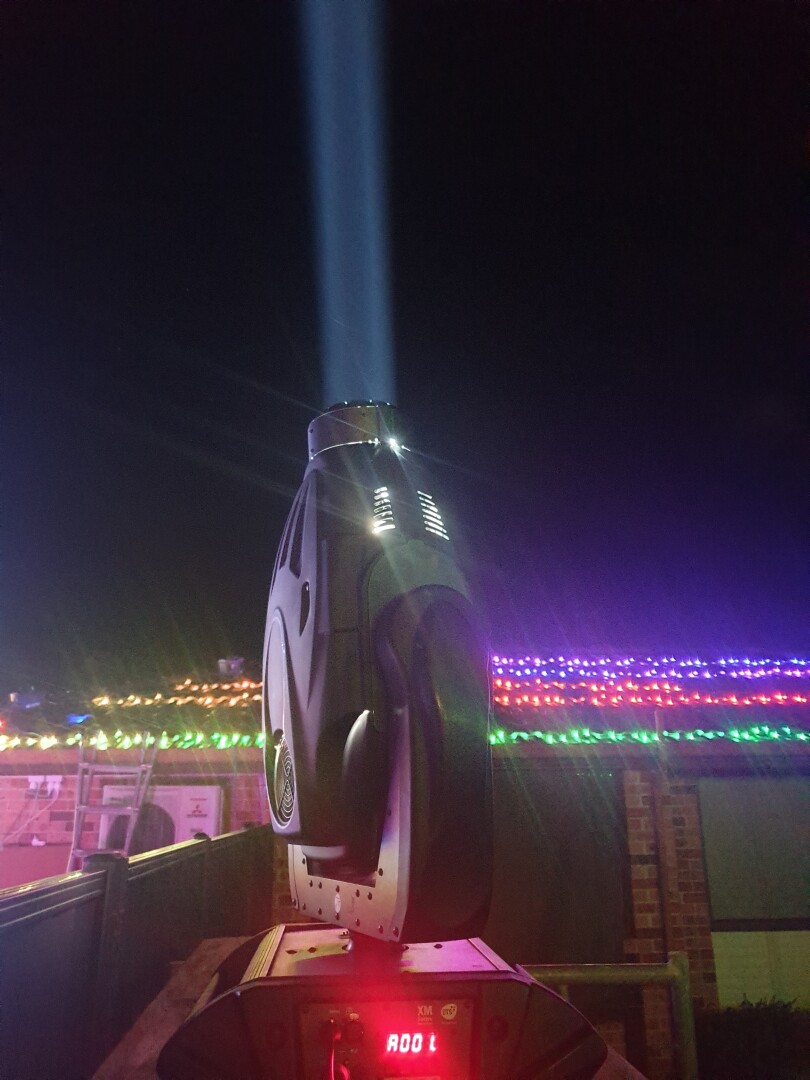 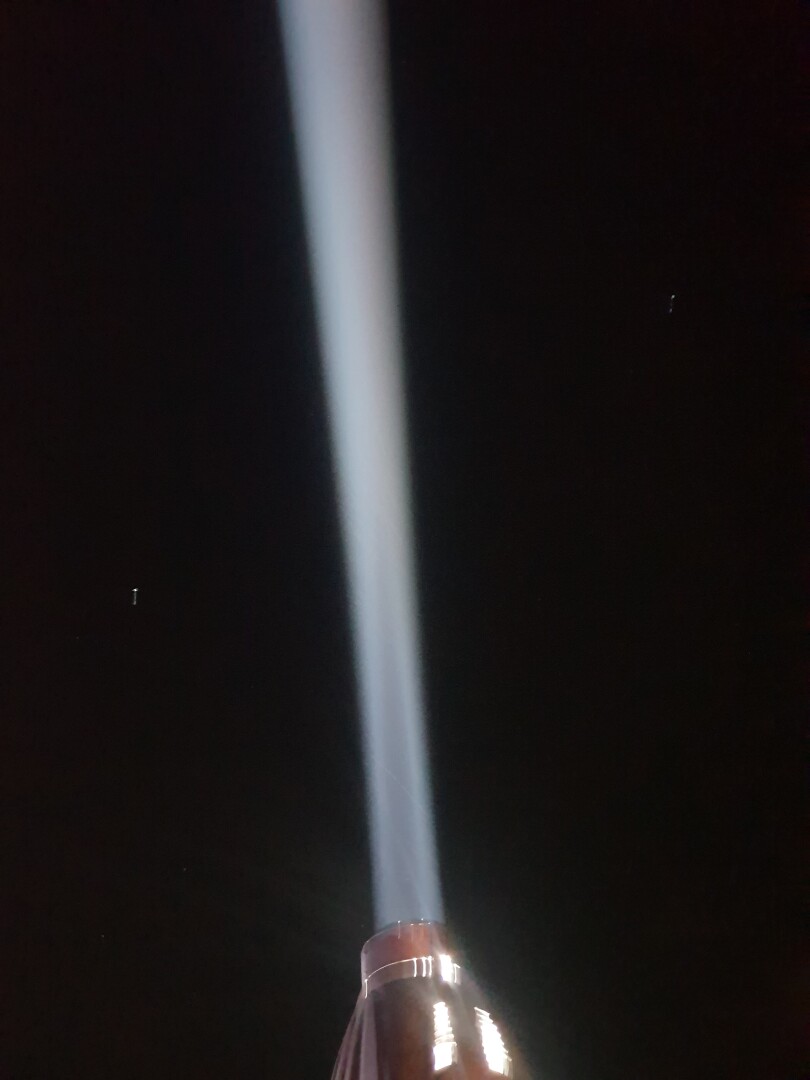 We were even able to get colours to display on the high clouds with the fixture being able to be seen in the next suburb. (little hard to see as I had to stop under a street light but still noticeable) 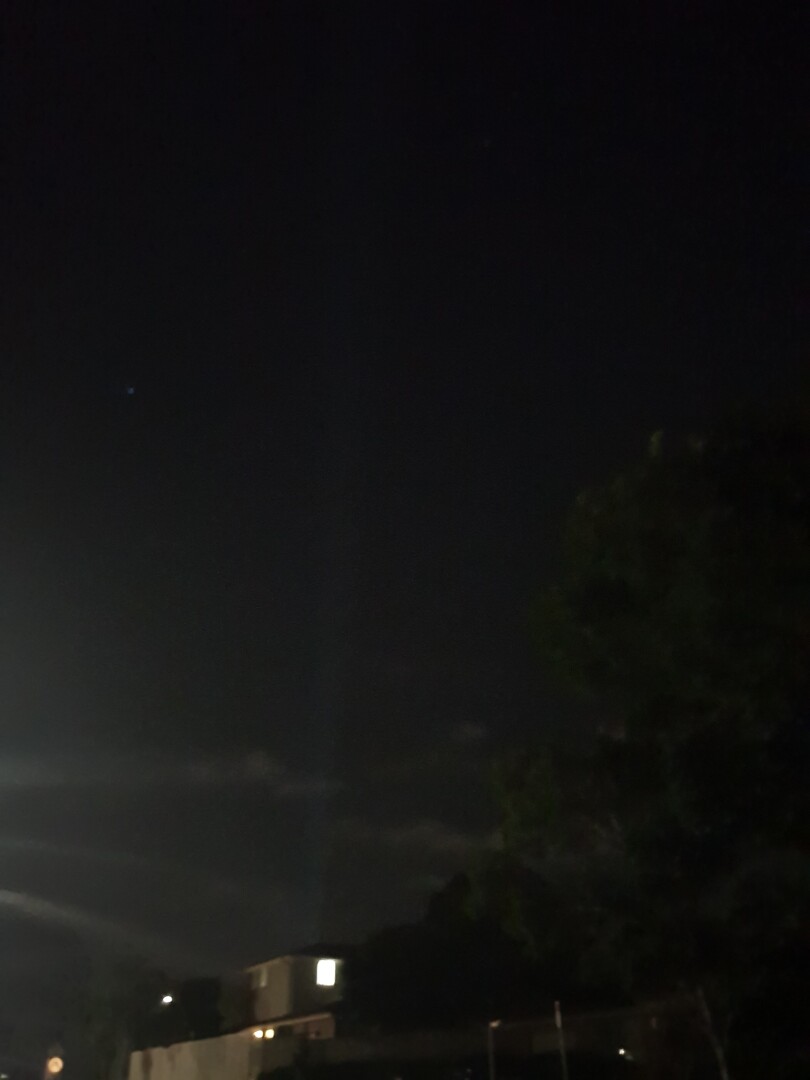 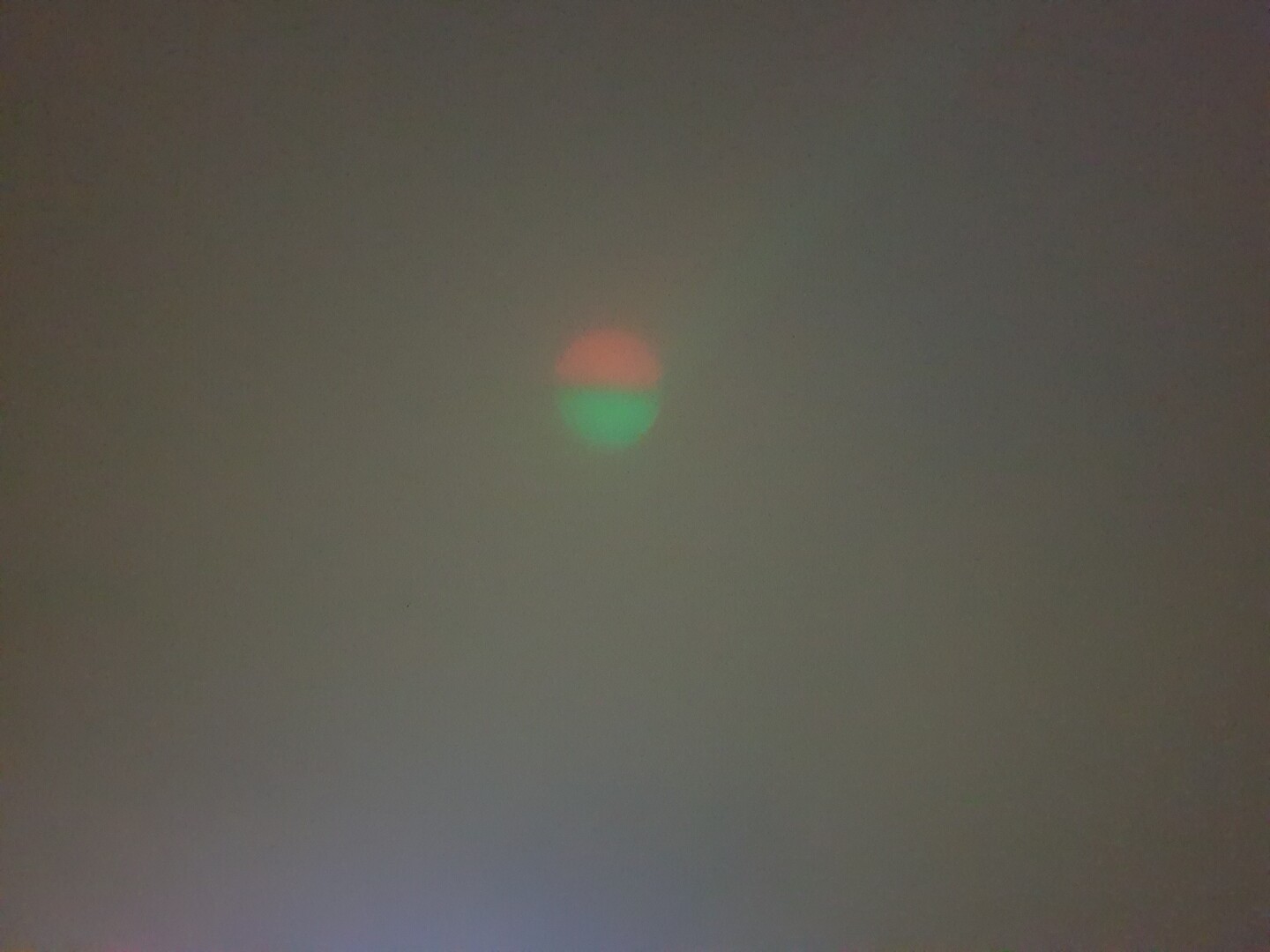 So mid through our display season I noticed a song playing where the moving head was sequenced however the fixture was just in a null state. Thinking that someone had accidently unplugged the extension cord I investigated why the unit was not working. There was power at the fixtures power socket however the unit had no power. From the lower power supply section a strong smoke smell was being emitted. Immediately turning off the unit we put it under the microscope to see what had failed.

When looking at the fuse it had appeared to be blown from looking outside of the unit. We then took of the front panel to investigate. The entire fuse holder had melted resulting in no contact between the live and load side of the fuse holder. The internal fuse was still fine and unblown. The plastic spade connector terminals had become so hot it scorched one side. By this point we traced all the of the cables checked for ground issues, etc to see if there were any other faults. We came to the conclusion that there were no further faults. 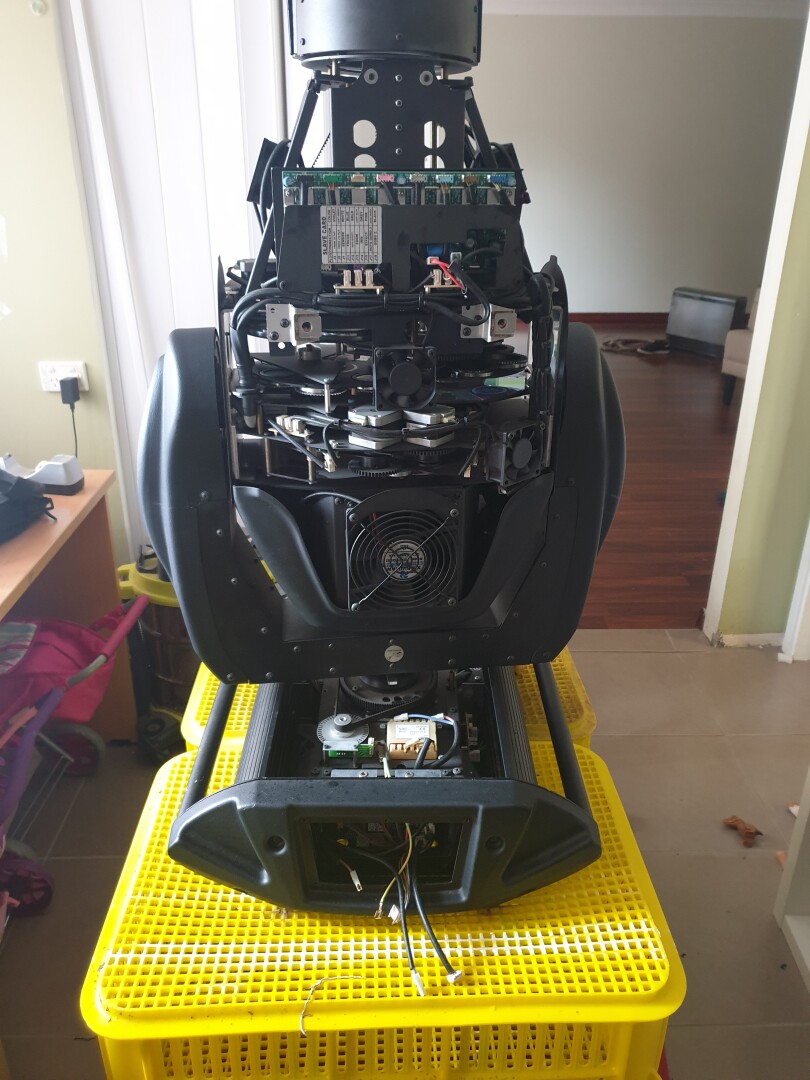 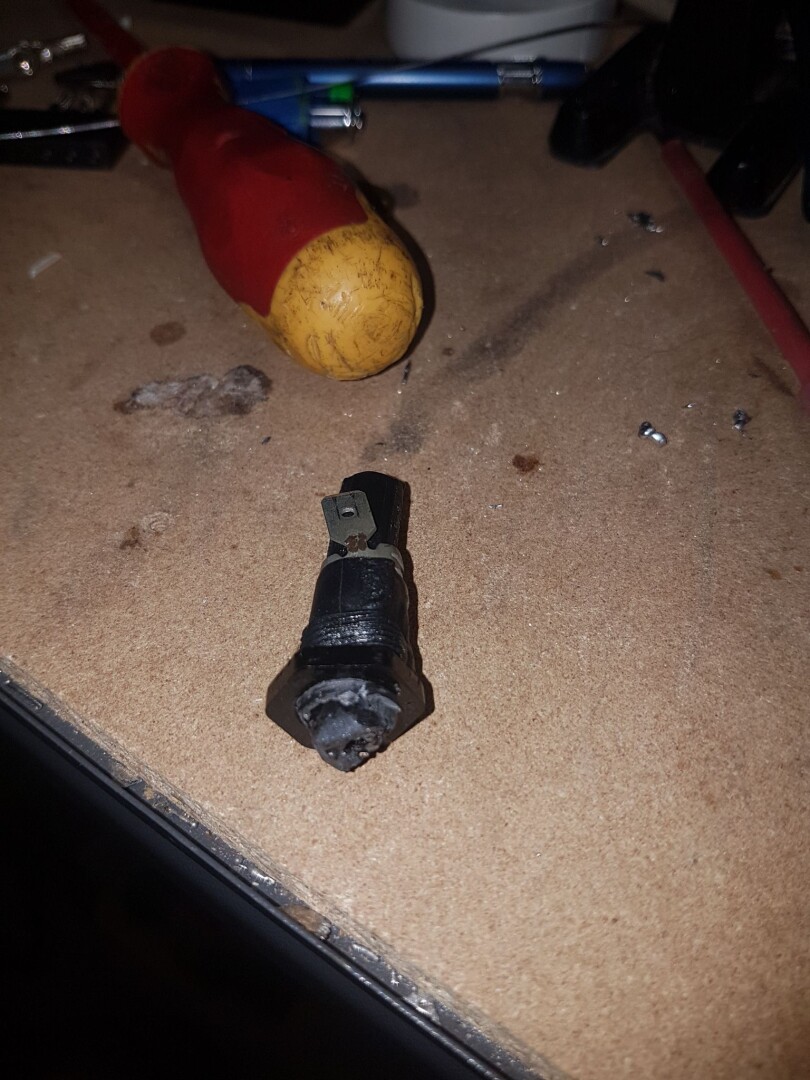 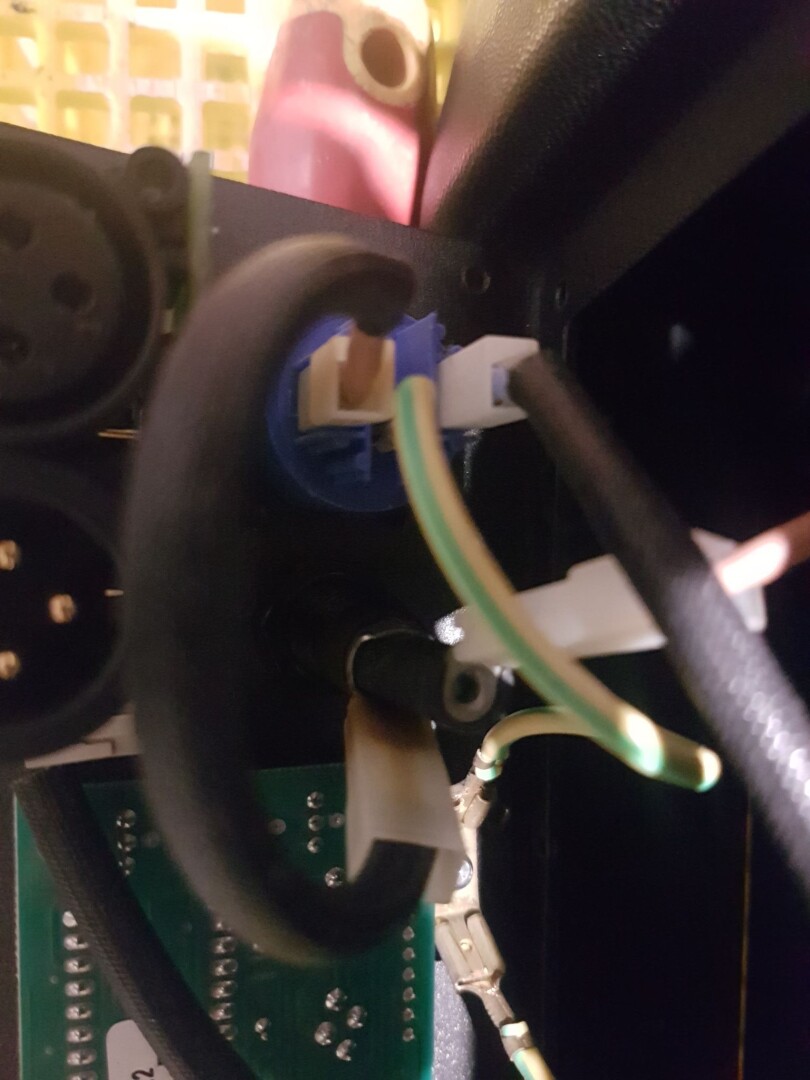 So I popped down to jaycar to find a suitable 10amp rated fuse to match the existing one on the fixture however the ones that would fit in the panel had a quarter of the size spade terminals. I did not feel comfortable of pushing up to 10amps through that small of connector. After browsing the entire store with a Jaycar employee we were at a loss for a solution. Until it popped into my head that there are resettable circuit breakers!. Jaycar kept these behind the counter for some unknown reason and we found one with a 10amp rating for 240v and had perfect size spade connectors on the back of it. (Fitting into the interface panels was a bonus to!) 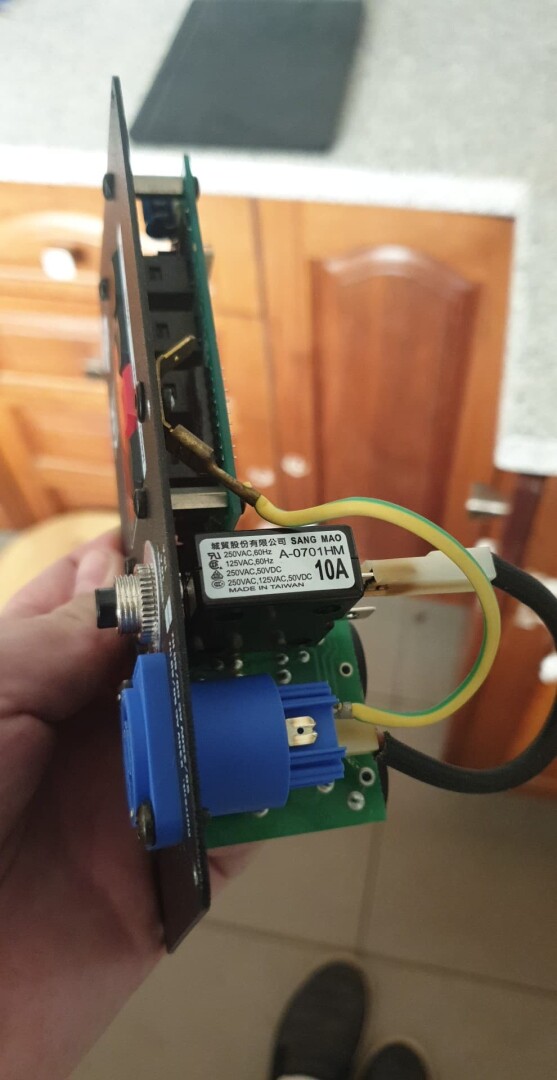 So now we are back up and running with the moving head. I have been and will keep an eye on the unit with a temp gun however after running it for multiple hours there has been no hotspots outside of the temps provided in the manual.

Here are a couple of snippets showing the light (It is brighter in person the camera tends to set exposure to the megatree making everything else look dull).


Also checkout my gallery for more behind the scenes photos

Great write up Derf. So true the photos do not do it justic.
B

How long before you set up a Batman silhouette in front of it?
How accurate is the positioning? Could you setup a silhouette template of different sigils and point the DTS to each one individually, say a Batman one, lightning bolt on the clouds, some text??

BAZMick said:
How long before you set up a Batman silhouette in front of it?
How accurate is the positioning? Could you setup a silhouette template of different sigils and point the DTS to each one individually, say a Batman one, lightning bolt on the clouds, some text??
Click to expand...

Haha you could manufacture a GOBO and place it in the fixture and it would probably work when the light surface is far enough.

you can sort of see the black dividing metal in the photo when the fixture is on the clouds with the 2x colours. Possible but really hard to swap out haha and I don't know anyone that could cut it
You must log in or register to reply here.
Share:
Facebook Twitter Reddit Pinterest WhatsApp Email Link
Top