Falcon Player just keeps getting better. Now all slaves can have synced video

The latest fpp code (Falcon Pi Player), has the beta release of video sync. Video is coming out all of the slaves besides the master. There is a thread describing testing Pat Delaney did: http://falconchristmas.com/forum/index.php/topic,1316.15.html#lastPost.


Pat made a video of 4 pi players running the same sequence, each pi player is producing hdmi video. all are synced up. You will see the first 3 perfectly synced, the 4th one slightly ahead.


The official release of this video syncing is scheduled for mid October. The fpp team is in beta testing now so I expect them to fix the 4th fpp soon.


Here is the video of the four fpp's each playing videos in sync. http://nutcracker123.com/nutcracker/videos/patdelaney_fpps.mp4


i also made an image of the 4 fpp's. There were two Model B's and two Model B+'s in the test.


Each fpp can drive 64K channels of lights so these 4 could be driving 256K channels along with the 4 video streams. 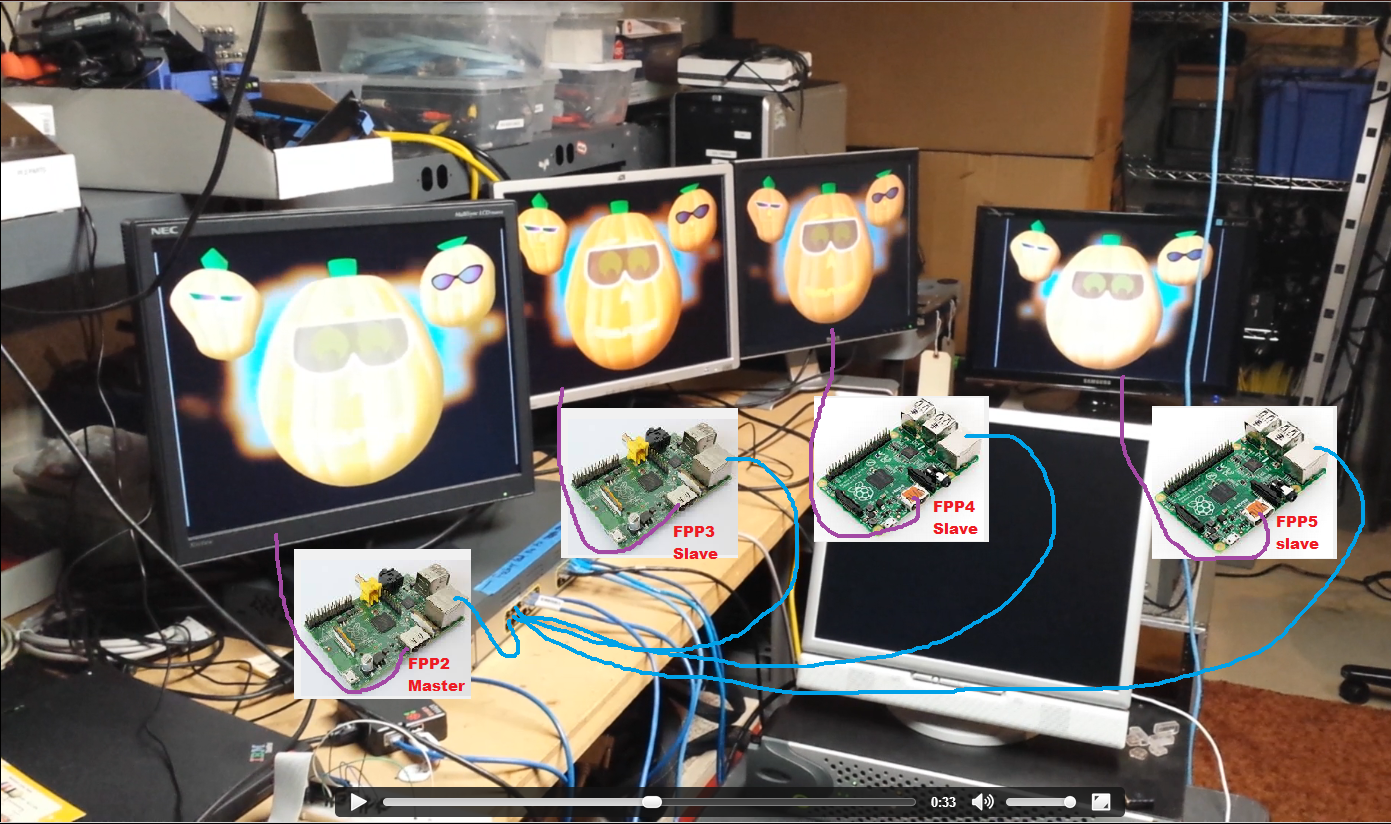