Projector used at the mini's

I Have C.L.A.P and its very infectious

This projector is being dragged around to a few Mini's this year and has sparked a few enquiries to where I got it from and how much it was. I purchased this Projector to have a crack ay House projection this year.

Here’s a copied description
The BenQ W770ST is a lightweight, portable 720p projector with a short-throw lens that's perfect for living room and gaming use. Producing 2500 lumens in its brightest mode, the W770ST has the power to overcome ambient light, while its 13000:1 contrast and solid color performance make it a respectable movie projector when the sun goes down. Full HDMI 3D compatibility and a ten-watt speaker round out the projector's features, while its $799 price tag makes the W770ST a great option for those on a budget.
What’s it all mean.


HD :- The projector has a native resolution of 720p most home theater projectors are 1080p full HD.


Short throw lens:- means it only has to be about half the distance of a normal projector from the wall to achieve the same size image. The image we had on Matt’s wall was about 120” screen and was achieved with a projector distance of about 2 meters.


2500 lumens:- is enough output at a close distance to have lights on in the room and not really affect the screen image.


I picked this one up at the start of the year for about $700 landed in AUS from Amazon. 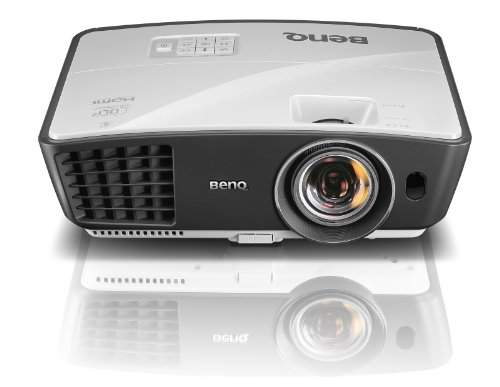