The xLights Scheduler application starts a MIDI output stream before the step actually starts playing when the "Play Selected" button is pressed. This causes any other application using the MIDI stream to begin its media play before xLights Scheduler's steps actually begin playing. The consequence of this is that there's about 0.5 to 1 second of lag between the two media files playing.
Additionally, the MIDI stream is not entirely smooth. It has a couple of jerks here and there over its course.

Expected behavior
When the step is played, both media players/outputs should happen at the same time. In fact, the external player starts playing earlier as the MIDI stream has already started, but the xLights Scheduler step is not even highlighted green until that point. See the attached screenshots and video for more clarification. 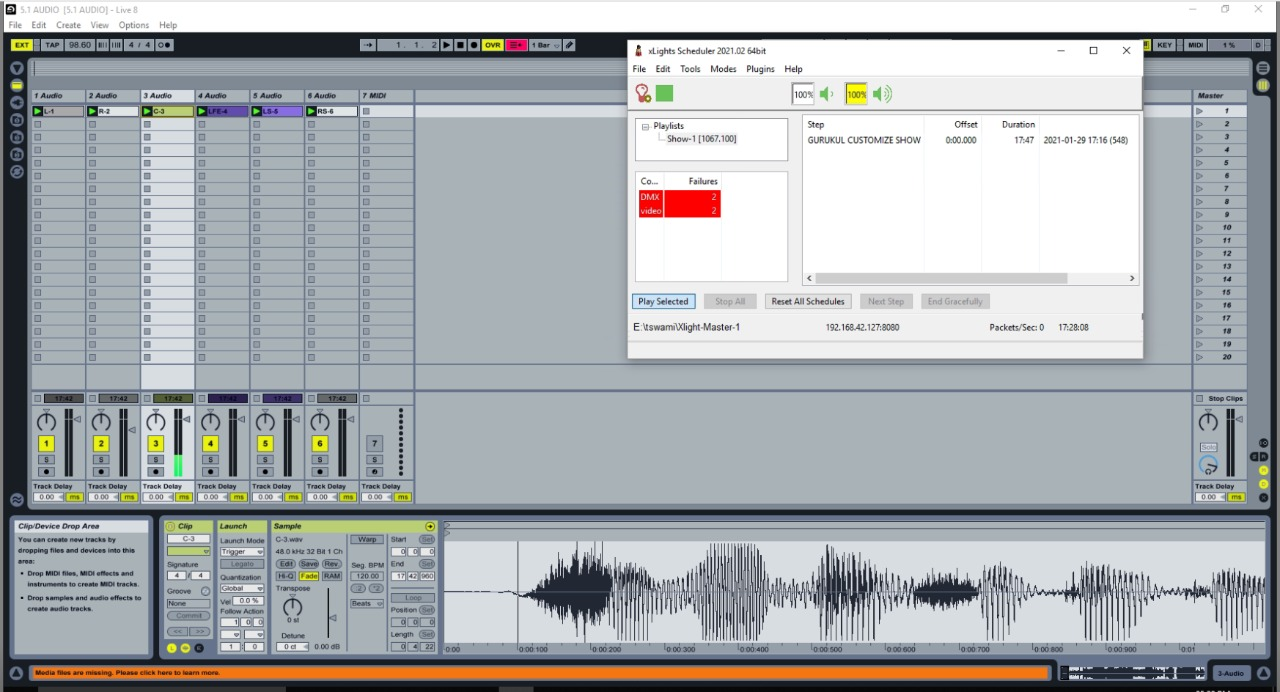 Hi Tammy, best to post xlights issues on the xlights github at 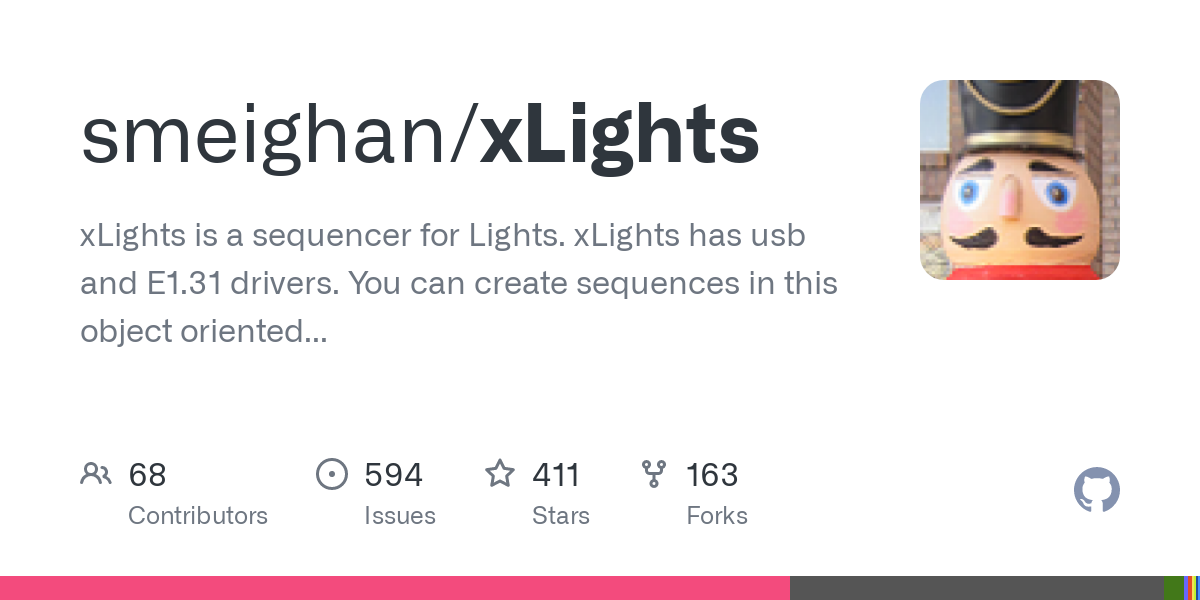 xLights is a sequencer for Lights. xLights has usb and E1.31 drivers. You can create sequences in this object oriented program. You can create playlists, schedule them, test your hardware, convert ...